What knowledge should we teach children to improve and enhance their literacy and learning? Is there “gateway” or foundational knowledge that “trumps” others? If so, who determines this fact and what is the rationale? It may sound a cosmetic anxiety but it’s an anxiety all the same. Hirsch has had a potentially definitive attempt at this in the states and, the curriculum he lays out, has been adopted in many school districts. If anything though, it’s the very definitiveness that concerns me.

I went to a grammar school. In Scotland, however, it was literally a grammar school by name. A hangover from the days, years before, when my uncle needed a bursary and a pass in the eleven plus to enter the hallways. When I went, it was the only state, non-denominational school in the town. It was big and diverse: comprehensive if you will. Still is. There were some hangovers from the “proper” grammar days however.

I was taught “Classical Studies” by Mr Morris. He was a fabulous teacher. Approachable, funny, authoritative. Most of all knowledgeable. This was magnetic, to me at least. “Classical Studies” was an exciting journey, with Mr Morris, through the Greek myths in particular with some Roman thrown in if I remember rightly. I had some prior knowledge, mostly through Sunday afternoon Ray Harryhausen movies, cartoon versions or simplified “kids” storybook retellings, this class really taught us the stories in detail. Some of us were even inspired to do some Latin with Mr Morris, by this time it was off the curriculum and had to be done at lunchtimes, none of us managed to see it through unfortunately.

The nostalgia is purely a way in. A way into exploring something I wrote about in my previous blog. Matthew Arnold’s premise of the “best that has been thought and said” is as seductive as it is dangerous. The idea that it would result in streams of “fresh and free thought” is simply wonderful but I’m still troubled by the necessity, at some point, for someone or some institution to “choose” the content.

Continuing with the accepted principle that literacy is enhanced, indeed enabled by

knowledge and the continuous building of knowledge, the question then arises as to what the “best” knowledge to develop actually is. My early grounding in “Classical Studies” means that, when my kids want to watch, “Percy Jackson” movies (not the books yet – they’re a little young), I’m well versed in, and can pull on knowledge first acquired many years ago and can fill them in as to who the characters are and what they can do. This then led me to an anxiety that they wouldn’t get this knowledge other than from me, so I immediately bought them a collection of Greek myths which they love to dip into at bedtime. This short episode, however, does illustrate the very issue I wrote about previously and continue with now. In order to really “understand” what is going on in “Percy Jackson”, a reasonable working knowledge, even surface knowledge, is necessary. Without this, the story, although rip roaring and barnstorming, makes little sense.

The Greek myths then, they’re on the “in” pile. They’re also what I’ve previously referred to as “foundational”. Once you know them, you will understand many and various allusions in anything from Shakespeare to “Percy Jackson”. But what else?

This is the era of knowledge democracy. Sir Tim Berners-Lee’s turn at the Olympic opening ceremony in London reminded us of the democratisation of knowledge in its simple availability. The fact that knowledge is available on such a broad scale does not, in itself, “qualify” it for study. The example of the Greek myths and, or Roman polytheistic culture and beliefs may even, in itself, beg the question as to whether these were studied from accessible texts or the original Homeric and so on; the hole gets deeper. So what is making the “cut” and why?

Let’s take two texts that, in many ways couldn’t be further from each other: Mary Shelley’s Frankenstein (The Modern Prometheus) and the 2007 Disney film, “Enchanted”. The disclaimer immediately should be proposed that both can be enjoyed principally as stories. We can just enjoy stories, can’t we? 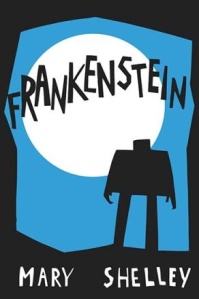 Frankenstein is a masterpiece. I’m not saying so, the canon does. The thing that makes it stand up and out for me is the depth, the growing depth. The more you know, the better the story gets. The deeper the enjoyment becomes. A book so self-consciously full of allusion, written by a woman in a time of real patriarchal power that demonstrates and proves her formidable intellect perhaps to her parents, two of the most famous intellects of the day, or her husband, the “rock star” of his day. The very title of the book is a reference to Greek Mythology and creation myths: “The Modern Prometheus”. The icy landscape of the opening chapters echoes Dante’s “Inferno” where the 9th Circle of Hell is seen as a bleak icy landscape. Walton’s narrative is a clear borrowing of the sense of isolation or penance from “The Rime of The Ancient Mariner” and the creature or creation echoes the “fallen angel” of Paradise Lost in Shelley’s very own text. The philosophy of the day is also represented through clear links to the work of Jean Jacque Rousseau and John Locke. The “high brow” or “high culture” element is self-consciously worn almost on the cover. This is valuable knowledge. The ability to “know” this. To deepen our understanding by peeling away these layers is worthwhile.

Take then “Enchanted”, where the premise is the same, but the raw materials are different. The New York Times described the film in this way:

The film is both an homage to, and a self-parody of, conventional Walt Disney Animated Classics, making numerous references to Disney’s past and future works through the combination of live-action filmmaking, traditional animation and computer-generated imagery.
“It’s not a parody and it’s not making fun of anything…It’s a giant love letter to Disney classics.”
http://www.nytimes.com/2007/11/25/business/media/25steal.html?pagewanted=all&_r=0
Without having watched a variety of Disney movies as a kid, or even enjoying the bank Holiday showings of “Disney Time” with its “best bits” format, the viewer wouldn’t necessarily know where the references exist. A reasonable working knowledge of common fairy tales too would be a useful start to really seeing where the layers of meaning occupy the movie. “Enchanted” is another of the recent Disney movies that challenge the meta narrative of male power, or the “handsome prince” motif. It’s a working example of the postmodern treatment of knowledge.
It’s here that I reach back through misty recollections to my degree. The third and fourth year had a strong focus on postmodern literature and film, focusing mainly on Frederic Jameson and Lyotard. It’s Lyotard’s “incredulity towards meta narratives” that sows the seeds of my anxiety regarding knowledge and the choice of which knowledge is “worthwhile”. The best illustration of this is in “historiographic meta fiction” (a title more impressive than its incarnation). Take any historical narrative, “Lincoln” for example. I watched a short clip in which Lincoln and his closest colleagues debate the votes needed in congress to pass the slavery bill. Now, we can be certain that conversations like this took place, but not of the exact content etc, Lyotard’s position is such that the democratisation of knowledge means that none of us has the authority to claim a definitive knowledge of what did or did not happen. There are a number of flaws, potentially easy to identify in this position, but it underlines a key idea about what or which knowledge is worthwhile.
For me, all knowledge is worthwhile. I’m not particularly interested in “grading” it, I want to wallow in it and share it all. I don’t care about its use, or even if it’s useful. I love the useless bits of information I have stored away, if nothing else I “feel” clever, but, moreover, it allows me to acquire more knowledge potentially more easily than I otherwise would. So, as I said before, we can enjoy stories as stories but there’s something enriching about knowing more. But, what a wonderful silver lining that the teaching of explicit knowledge, the “stuff” we love can lead to, at least contribute to, the literacy of our children.